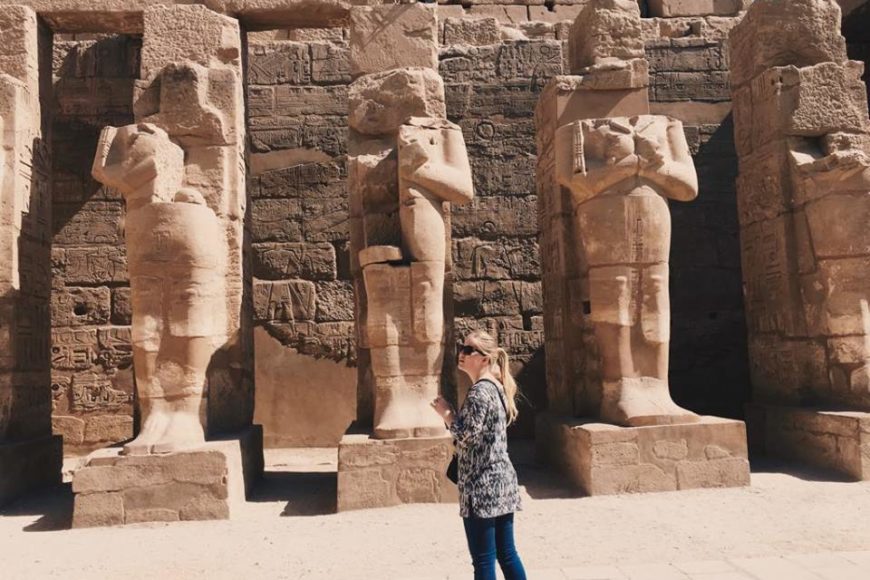 Originally posted on Embrace the Wonder and Dandelion Women

Throughout time there have been countless inspiring women who have shaped the course of history. Through their brave acts and fearless persistence, they proved to the world that women are awesome leaders. And although there are innumerable women who I could address, some of the first and most astonishing women to influence the world were found in antiquity, particularly in ancient Egypt.

These were women who made concrete changes in the past which influenced and evolved culture as we know it today. These leading women became striking examples and influencers for centuries of women to admire their boldness and courage in some of the most difficult times in history. Here are 3 of the extraordinary women who led the mighty and monumental kingdom of ancient Egypt.

Also known as the “Foremost of Noble Ladies,” Hatshepsut is considered to be one of the most favorable and outstanding pharaohs of Egypt. She was not only the second female pharaoh to rule, but she was also the queen to reign for the longest amount of time, around 21 years. She took to the throne she was 28 years old and was direct heir to the throne through her fathers line. Hatshepsut was married to Thutmoses II, but never ruled alongside him as he died before she took the throne.

Hatshepsut was not only a figure of power and justice for the ancient Egyptians, but she also accomplished much during her reign and advanced the kingdom greatly. One of her major accomplishments was the foundation of a stable trade route with the neighboring kingdoms and lands alongside the establishment of a small fleet for overseas commerce.

The audacious queen was also one of the most renowned builders of all Egyptian pharaohs. She is accredited for the construction of hundreds of monuments throughout Egypt, many still visible today. For one she commissioned a grand temple dedicated to herself as a tomb along the western bank of the Nile and the architecture of the building was admired for millennia by visitors who stared in awe at the magnificence and grandeur of the structure.

Hatshepsut also constructed many more magnificent temples and structures including numerous complexes and statues at the Temple of Karnak and countless obelisks scattered throughout the land. This bold and resolute queen is considered to have commissioned some of the best architecture seen throughout Egyptian history and is renowned also for the construction of some of the grandest temples, statues, and obelisks.

Hatshepsut led quite a peaceful reign, although she did lead the Egyptian army to victory against a neighboring threat towards the beginning of her leadership. Because of the peace throughout her kingdom, she was able to establish harmony with the neighboring lands leading to great wealth through trade. As the economy grew she was able to use the prosperity Egypt had gained to construct some of the most memorable structures in history which form a category of their own in ancient architecture.

The monumental Temple of Hatshepsut in Luxor

Queen Nefertiti is one of the most famous and legendary leaders of ancient Egypt. She was the wife of the renowned pharaoh Akhenaten alongside whom she overthrew the polytheistic religion in place and replaced it with a monotheistic religion based around a sun deity. This was perhaps one of the most climactic and drastic changes ever to occur in the history of Egypt and the reason for the adjustment in the standard religion still leaves historians and Egyptologists perplexed.

Egyptologists are still trying to figure out whether Nefertiti became a pharaoh or if she remained queen. Evidence shows of a pharaoh named Neferneferuaten who proceeded to the throne following Akhenaten’s death meaning that most likely this was our queen Nefertiti. Hatshepsut also ascended to the throne with this name hinting that Nefertiti could have followed in her footsteps.

There is evidence that suggests that after Akhenaten’s death and Nefertiti’s rise to pharaoh, she changed the monotheistic religion she and her husband had created and reinstated the ancient Egyptian religion. The reason behind yet another change could have been to recompensate for the chaos that broke out as the standard religion was changed during Akhenaten’s reign. This would also have ensured safety for herself and her descendants, such as Tutankhamen, her step-son, who ascended to the throne following Neferneferuaten’s death.

Another great mystery related to Nefertiti is hidden behind Tutankhamun’s famous tomb in the Valley of the Kings on the western side of the Nile. Archaeologists are believed to have found a female mummy in a hidden uncovered room in the same tomb as the young pharaoh Tutankhamun. It is very likely that this is Nefertiti although there is no explanation as to why she would be buried in her step-son’s tomb. If it turns out that this isn’t Nefertiti within the tomb, it is possible that she received a grand tomb in the Valley of the Queens and is still waiting to be uncovered.

Perhaps one of the best known female pharaohs was Cleopatra VII, known for her important position in both Egypt’s history and that of ancient Rome. Not only was she a bold leader, but she was also a commander in the Egyptian navy, a politician, and she practiced many other professions.

Cleopatra is also known by her many interactions with the Roman leaders. During times of unrest within the Roman land, Cleopatra and her brother Ptolemy XIII both joined to rule the throne. But after many conflicts between the siblings, Egypt fell into civil war. At this time Rome was also mixed up in a civil war between Caesar and Pompey who got Egypt involved into their quarrels causing mass confusion through out the Mediterranean. Cleopatra and Caesar joined forces against Pompey who then died in Egypt. Ptolemy XIII also died shortly after leaving the Egyptian throne to Cleopatra.

Through history Cleopatra was well known for her supposed affair with Caesar with whom she also had a son, Caesarion, who later ascended to the throne of Egypt alongside his mother. After Caesar’s death in 44BC, Egyptian and Roman ties were not cut loose as Octavian, Mark Anthony, and Marcus Aurelius divvied up the Roman land and colonies such as Egypt between themselves.

As Mark Anthony took control of Egypt, Cleopatra and the Roman general had an affair which then led to more chaos within the two great powers as Mark Anthony divorced his wife, Octavian’s sister, to marry Cleopatra. This was the figurative last straw that lead to the eventual collapse of Ptolemaic Egypt.

Octavian and Rome then declared war on Cleopatra and in the Battle of Actium in 31BC, Cleopatra and Mark Anthony were defeated which subsequently led to the invasion of Egypt in 30BC. Mark Anthony and Cleopatra then both committed suicide, creating one of the most climactic and thrilling stories in ancient history. Although Cleopatra is regarded with both a negative and a positive view, she ultimately was an impressive and vigorous leader in ancient Egypt’s story.

There are many hidden secrets and mysteries throughout the Egyptian land and archaeologists and Egyptologists believe to have found only 30% of all of ancient Egypt’s treasures. This leaves a great amount of history to be uncovered and a great deal of truth to be unveiled.

Even though all the aforementioned female leaders of Egypt each ruled thousands of years apart, they all had a few traits in common. They had grit, determination, and courage in the face of obstacles and they ultimately persevered and didn’t give up on what they believed in. For millennia these women have been figures of fearlessness and bravery and they will continue to be examples of courageous women in our history of humanity.

Do you love history as much as I do? Who from the past has inspired you?