A Journey Back into Roman Times – Visiting Baalbek in Lebanon 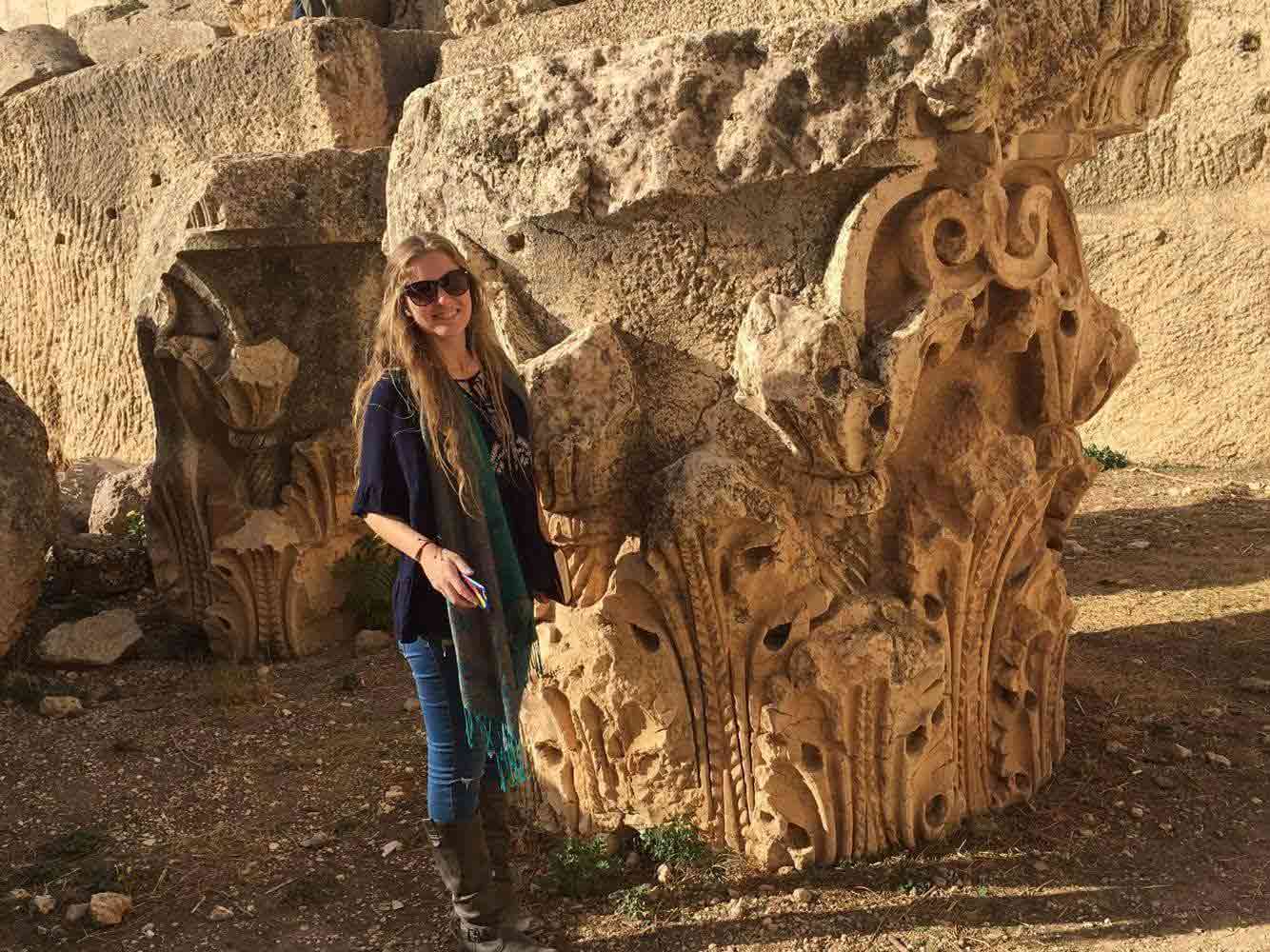 Baalbek, where history comes to life and ancient and modern times meet in one place, the legacy of civilizations past still thriving in full glory…

Before going to Lebanon, I had never heard of Baalbek and knew nothing about the ruins there. Yet after seeing it first hand, I realized it was one of the most amazing archaeological sites I had ever seen!

What and where is Baalbek?

Known as one of the most important cities in ancient times, Baalbek is at the heart of the Beqaa Valley in Eastern Lebanon (just near the border of Syria) in what was once an important trade route location thousands of years ago. During Phoenician times around 1000 years B.C., the city was  prosperous and the center for the cult of the sun god Baal. Later on the name of the city was changed to Heliopolis in Greek times and then became an important sanctuary in Roman times. The temples of Jupiter, Bacchus, and Venus were there and later on Baalbek became Byzantine and then an Arab city and fortress.

In modern times, the city is an important archaeological site but not visited much because of the current political situation in Lebanon. Being near the border of Syria and in an area with Hezbollah activity, Baalbek is a hidden gem that is waiting to be seen by the world.

Our Adventure in Baalbek – City of the Sun

Baalbek was one of the most amazing places I had ever seen in my life. At first we were a bit hesitant to go after reading the news and travel warnings – but I am so glad we decided to go in the end. The drive was beautiful from Beirut and we drove through Mt. Lebanon and then down into the Beqaa Valley. On our way there, we saw many Syrian refugees living in make-shift camps and working in the fields or at local shops. I have wanted to see these camps first hand for a long time and I would love to one day work and help the kids there.

The Beqaa Valley with the mountains of Syria in the background

As we approached the city of Baalbek, we could see the amazing ruins out in the distance towering over the rest of the city below. Even after living in Italy and Greece, I had never seen such massive columns!

We arrived in the site and all around us were ruins beyond belief – I felt like I had stepped back into ancient Roman times when everything was still in its fully glory. The columns, buildings, archways, and temples were so intact it blew my mind. Not only were the ruins well preserved, but the art and carvings were still in perfect conditions as if they had just been finished the day before!

The view of the central area from the temple of Jupiter

As we walked around, we found more and more incredible ruins and stones that were so intricately carved and created. At the heart of the ancient sanctuary was the temple of Jupiter which was built during Nero’s reign and was 90m by 54m in size and 95m high!

Just the main staircase alone to reach the temple was massive and the 54 columns that once surrounded the main room were 30 meters high with a diameter of 2.5 meters! I could barely imagine how stunning the temple must have been fully intact, painted, and shimmering with gold high up in the sky.

The entrance to the Propylaea

The capital of a column from the Temple of Jupiter.

What remains of the temple of Jupiter. The 6 columns still standing are currently under construction. Can you spot my brother in the picture?

Near the temple of Jupiter was the Temple of Bacchus – one of the best preserved temples in the Roman world! It was constructed in the 2nd century AD and is still almost perfectly intact. Most of the temples I have seen do not have a roof (like the Parthenon in Athens) but this one was still there. We could enter the temple doors and see what the inside room would have looked like in Roman times.

Inside the temple of Bacchus

Walking through the temple of Bacchus was one of the most amazing moments of my life and I was just so in shock to see how perfectly preserved it was. I could have spent all day, if not days, exploring and analyzing the many ruins of Baalbek – I was in archaeology heaven!

The ceiling of the outer area of the temple

At first, we were a bit hesitant about visiting Baalbek, knowing we would be so close to Syria and in an unstable region, but while we were there we felt safe. Before going, I read many forums and blog posts about whether or not travelers should go, and what I found was most people suggested checking the current situation there right before going.

So, is it safe to go to Baalbek?

Yes, it is generally safe to visit the tourist site. I would suggest checking the local news reports and forums on the current situation while you are in Lebanon as things could change quickly in the region. What you usually read on the news is more about the politics than the daily life in the country.

Baalbek is a sight that you would not want to miss and it is definitely worth the visit! I am so happy that we went and saw first hand the beauty and magic of this ancient city.

Have you ever been to Baalbek?

This post was orginally on Travelin’ Kait and published in 2017